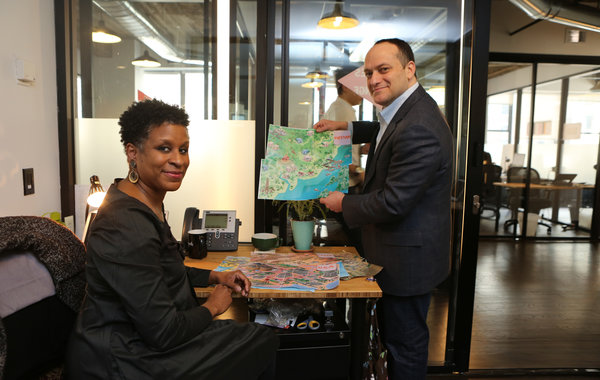 Thanks to the social media we have become more and more aware of problems that not only happen in the United States but around the world as well. Many people have united to take a stand and fight for change and they will go through great measures to achieve it. A recent New York Times article brought light to the fact that there is a game that will draw attention to women’s issues. One of the biggest social media sites, Facebook, will be unveiling a new game that is based on the book “Half the Sky: Turning Oppression into Opportunity for Women Worldwide,” that focuses on bringing attention to issues like female genital mutilation and child prostitution. The game will be based on a girl named Radhika and in this game the player can donate money in the game and the money will go to one of seven nonprofit organizations that were woven into the game; for example one can donate $20 to help support United Nations Foundation immunization efforts.

One of the doubts that I had about this game was whether or not it would bring enough awareness to an issue? Would people ignore games like this on Facebook? And the last question that I had was would people actually want to donate to these causes? As I did more research I found that the further you got in the game, more levels would be unlocked and other bigger corporations would make donations. I surely hope that this would engage more players because it is for a good cause.

As more games begin to surface that try to bring awareness to issues, one begins to question whether or not this is enough and if they are targeting everyone. Of course not everyone is going to be targeted because there are people around the world who do not have Internet access like we do or do not have Facebook or it might be a combination of both. Another issue that crossed my mind was that people could ignore this game or any request they receive regarding this game, I know that I, along with others, ignore plenty of FarmVille requests on Facebook because I use Facebook for the sole purpose of connecting with friends and family. So this game among with other games would not get all of the audience they intended on capturing. Now I am not saying that nobody would play this game, of course there would be people interested because this is for a good cause and it could be a fun game to play and could make the player more aware of this issue that is happening.

There are a lot of games already that try to bring out awareness. This article has lots and lots of different types of games that has awareness attached to it. For example: Ayiti: The Cost of Life which is a game that focuses on poverty in Haiti. The link above was the game and I just played this game and man was it sad. First of all I really did not know cause like in every game I did not read it but when I did I understood what was happening. This actually did affect me and how I view my life and what I have. Another game on this site is another game that is through Facebook called Food Force and this game has to do with none other than food and trying to aid different countries around the world with hunger. Games on social media will bring more awareness to those who do not already know some of the more pressing issues that are going on around the world but they would also be able to donate money to causes they feel really passionate towards. But one of the bigger questions remains on whether or not games like this will be played and whether or not a lot of contributions will be made.

3 comments for “Awareness through Games?!”