“Every life is a march from innocence, through temptation, to virtue or vice.” -Lyman Abbott

What is innocence? According to Webster’s dictionary, the word “innocence” is defined as “Freedom from guilt or sin through being unacquainted with evil.” In this state, one can easily be manipulated by the allures of temptation, and remain ignorant of the potential hazards. To avoid these consequences, all one has to do is steer clear of the negative indulgences and remain completely naïve. Easy right? But with all of the irresistible temptations surrounding us, is this really possible? Can anyone really remain innocent? This post is about a horror game called The Path, which is basically an exaggerated Little Red Riding Hood story where the main characters get themselves into some pretty dark situations while wandering in the woods. The point of this game is to intentionally defy orders and take the necessary risks to discover what the real world is like. The award-winning game is available on the Tale of Tale’s website, both the free demo and the $10 game itself, and I encourage everyone to give it a shot! (Warning: The violence in the game may not be direct, but it is implied that there is murder and rape and it can get pretty scary…seriously, don’t play it at night in the dark!) 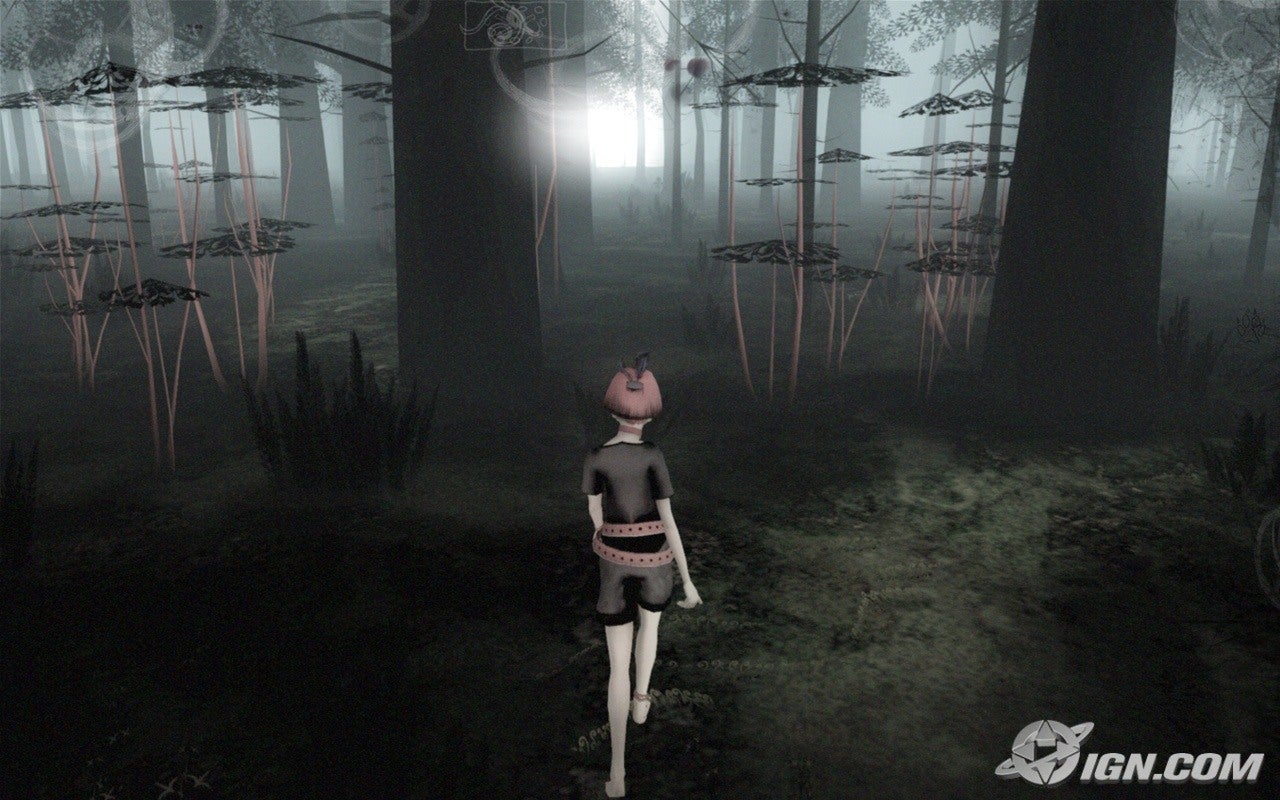 Lyman Abbott’s quote explains how innocence is only a short period of time, and facing temptations that stray us from the path of innocence is inevitable. The Path, provides us with a visual representation of this downfall of innocence period. Much like the original Little Red Riding Hood, this story consists of the same morals, “Don’t talk to strangers, and don’t stray from the path.” However, if one digs below the surface and examines the underlying implications, it is revealed that there are messages about sex and maturity. Just like in the story of Little Red Riding Hood, the concepts in The Path have a much more in-depth meaning. The game’s user manual describes it as a “Slow Game,” one in which “the Player has all the freedom in the world to explore and experience.” Each element of the game, from the girls’ exaggerated movements, to the carefree, seemingly useless girl in white, must be taken into account. If one doesn’t thoroughly examine any of the underlying connotations, then the game becomes a lackluster tale about 6 stubborn girls who went into the woods, put themselves in danger, and paid the consequences for it. 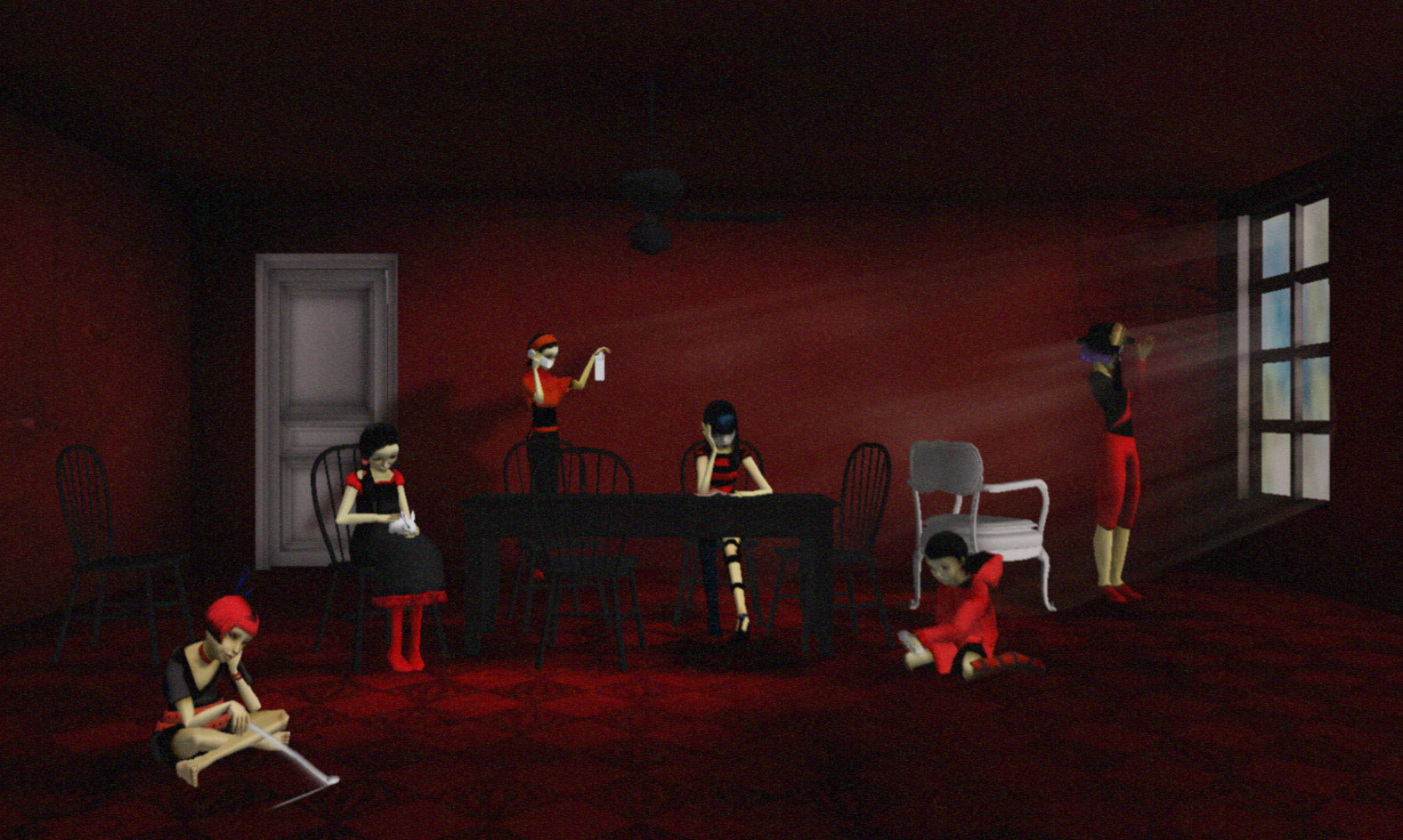 The game opens with the 6 sisters standing in a room, waiting for the player to select one of them. The sisters, Robin, Rose, Ginger, Ruby, Carmen, and Scarlett represent innocence before its demise. The 3 younger sisters, Robin, Rose, and Ginger, are completely carefree and have no intention of growing up, according to dialogue such as “I’m a kid, I’m a kid. And I play and I play, in my little way! Buy me now at discount prices!” and childish activities like blowing things up. However, the 3 older sisters, Scarlett, Carmen, and Ruby are not afraid to grow up; Scarlett aspires to further her musical skills, Ruby invites the idea of getting older to die sooner and end her suffering, and Carmen just wants older male attention. Later in the game, after wandering in the forest, the girls stumble upon the villains known as “wolves.” The younger sisters’ wolves,  are centered around their reluctance to face adulthood, while the older sister’s wolves reveal to them the possible hazards of already being an adult. 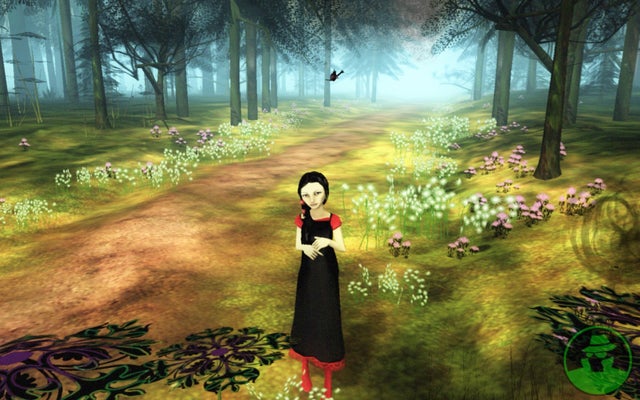 The player is sent on a voyage unique to the character they select on the menu screen. Each character starts off on a path and only given the text telling them to “Go to Grandmother’s house…and stay on the path.” Because of the boring nature of staying on this path, the player walking away from it into the woods is likely. In fact, leaving this trail is encouraged by the game since if the player does as they are instructed and they arrive at Grandma’s house, they are greeted with a lovely “FAILURE” screen. This failure screen is basically telling the player that they failed to do something extremely important in the game, (which I will mention later.) Once in the woods, the sisters stumble upon a few objects that interest them and help further their personalities. For example, Robin finds a shopping cart and jumps in pretending to be a doll, showing her childishness, and Ginger finds a tree which she uses to survey the land from a higher ground, showing her anxiety toward being snuck up on. Once their weaknesses are revealed through these items, the player is sort of foreshadowed as to what sort of “wolf” the character will encounter. 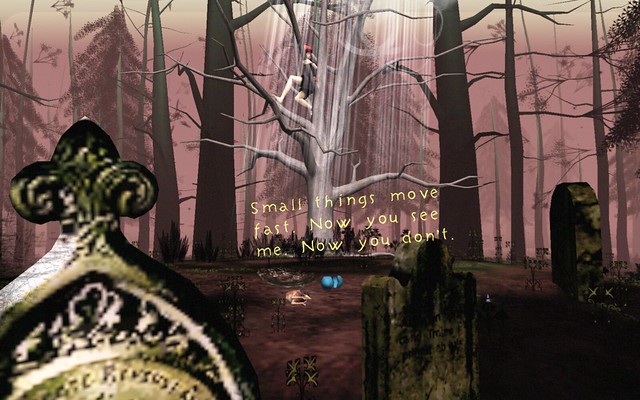 The wolves in this game are not literal forest wolves; they are in fact, symbols of temptation. For the most part, the wolves appear in the shape of humans and appear normal to the girls (except Robin who encounters a literal werewolf and Rose who encounters a human-shaped cloud of fog.) Once the player interacts with these wolves, there’s no turning back. 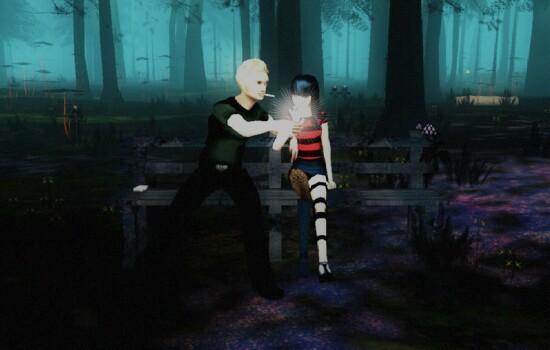 One of the questions one may ask after arriving at grandma’s house without encountering the wolf is, “Why did I fail if I followed the instructions by staying on the path?” The answer is simple; the girls didn’t learn anything about life and they remained ignorant. By meeting their wolves, the girls are facing themselves, their fears, and their immaturity head on. When these dark entities are met, they become adults because they discover that the world isn’t as pleasant and colorful as they thought it was. Robin learned that there are dangers to assuming that nothing bad could ever happen to a child. Rose, Scarlett, and Carmen learned that one could be easily tricked and manipulated by the need to fulfill one’s desires. Ginger learned that one must grow up and mature whether they want to or not. Ruby learned that there are cons to wanting to be accepted, and if one is not careful, they could lose themselves and become completely different people. I think what all of the girls learned is that not everyone in the world can be trusted. This is why it can only be a success in this game if you get raped, killed or whatever happens, because only then is the character able to learn the truth and not remain in grandma’s shadow.

(There is A LOT to be analyzed in this game, and there can be many interpretations. This is just my viewpoint.) 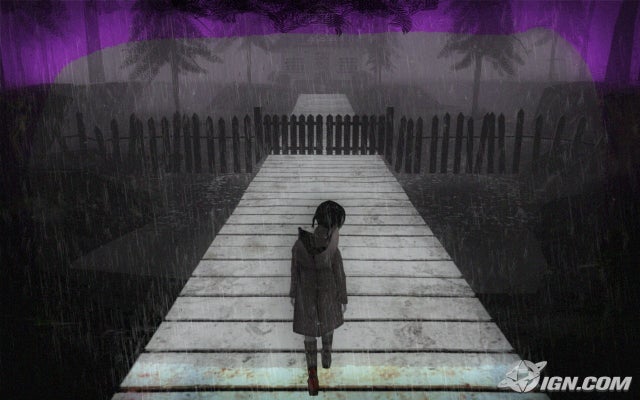 ← Stick and Stones May Break My Bones But Virtual Characters Can Somehow Hurt Me?
Coming out of Nowhere: Horror and Games →

6 comments for “Facing Adulthood the Hard Way (The Path)”